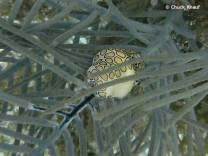 Diving at the reef dive sites, shipwrecks and ledges of Elbow Reef or Wreck Reef.

Elbow Reef or Wreck Reef is a large but shallow reef located at only six miles offshore Key Largo, famous for its historical wrecks and clear blue waters. Its reference point, a 36-foot light tower, is often seen from the lighthouse of Carysfort Reef. It received its name from its angle that it makes with the reef line changing from south to southwest, resembling much to the human elbow. The whole reef has been assigned a SPA (Sanctuary Preservation Area) status which means no fishing, no lobsterring, no shell collecting and a strict maintenance and regulation of its underwater habitat.

Elbow Reef is often used for snorkelling, night and training dives because of its variety of dive sites not far from each other, but it is doesn't see the large numbers of divers as nearby Molasses Reef. It lies a bit more offshore than most reefs which resulted in many ships that struck this reef because of sailors who didn't expected it yet. Some of these famous wrecks are Mike's Wreck, City of Washington, Civil War Wreck, Tonawanda and the Train Wheel Wreck. With 10 mooring buoys named E1 to E10 there are also spectacular reef dive sites filled with interesting spur, groove coral formations and deep ledges. Its extremely crystal clear waters, remoteness and some of the highest visibilities in the Keys make Elbow Reef one of the top dive destinations in the Key Largo area. 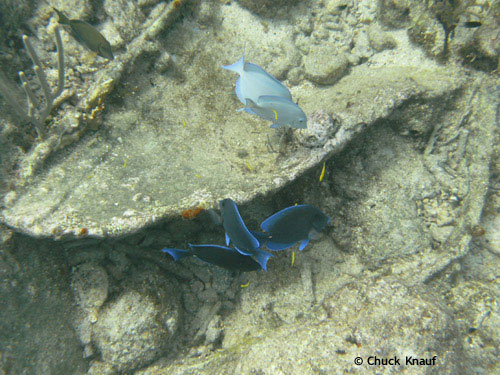